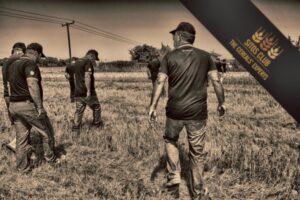 Kozani is a city in northern Greece, capital of Kozani regional unit and of West Macedonia region. It is located in the western part of Macedonia, in the northern part of the Aliakmonas river valley. The city lies 710 metres (2,329 feet) above sea level, 15 kilometres (9 miles) northwest of the artificial lake Polyfytos, 120 km (75 miles) south-west of Thessaloniki, between the mountains Pieria, Vermio, Vourinos and Askio. The population of the Kozani municipality is over 70,000 people. The climate of the area is continental with cold and dry winters, and hot summers.

One of the most important aspects of local folklore is Kozani’s carnival at the end of the winter, which retains much of the profanity of the ancient Dionysiac cult. Kozani is renowned in Greece and abroad for the production of Saffron (Krokos Kozanis), in the nearby town of Krokos and the cereals (especially wheat)

Kozani is a transport node between Central Macedonia, Thessaly and Epirus.

Ptolemaida  is a town and a former municipality in Kozani regional unit, Western Macedonia, Greece. Since the 2011 local government reform it is part of the municipality Eordaia, of which it is the seat and a municipal unit. It is known for its coal (lignite) mines and its power stations.