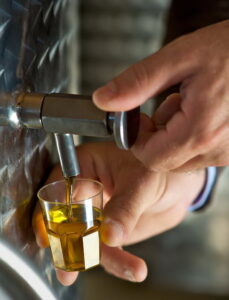 The Province of Perugia is the larger of the two provinces in the Umbria region of Italy, comprising two-thirds of both the area and population of the region. Its capital is the city of Perugia. The province covered all of Umbria until 1927, when the province of Terni was carved out of its southern third. The province of Perugia has an area of 6,334 km² covering two-thirds of Umbria, and a total population of about 660,000. There are 59 comunes in the province. The province has numerous tourist attractions, especially artistic and historical ones, and is home to the Lake Trasimeno, the largest lake of Central Italy. It is historically the ancestral origin of the Umbri, while later it was a Roman province and then part of the Papal States until the late 19th century.

Umbria is a region of central Italy. It includes Lake Trasimeno and Marmore Falls, and is crossed by the River Tiber. The regional capital is Perugia.

The region is characterized by hills, mountains, valleys and historical towns

Umbria is crossed by two valleys: the Umbrian valley (“Valle Umbra”), stretching from Perugia to Spoleto, and the Tiber Valley (“Val Tiberina”), north and west of the first one, from Città di Castello to the border with Lazio. The Tiber River forms the approximate border with Lazio, although its source is just over the Tuscan border. The Tiber’s three principal tributaries flow southward through Umbria. The Chiascio basin is relatively uninhabited as far as Bastia Umbra. About 10 kilometres (6 miles) farther on, it joins the Tiber at Torgiano. The Topino, cleaving the Apennines with passes that the Via Flaminia and successor roads follow, makes a sharp turn at Foligno to flow NW for a few kilometres before joining the Chiascio below Bettona. The third river is the Nera, flowing into the Tiber further south, at Terni; its valley is called the Valnerina. The upper Nera cuts ravines in the mountains; the lower, in the Tiber basin, has created a wide floodplain.

The Valle Umbra in central Umbria is where much of the olive cultivation and olive oil production in Umbria is concentrated.

This is the valley which runs all the way to Perugia from Spoleto and passes by Foligno, Spello, Assisi etc.

There are over 200,000 trees on the slopes stretching between 80 and 600 meters above sea level and are clearly visible as they extend up the west facing slopes.